It seems apt that on the closing day of 2008 I received the news that I had been hoping for in a phone call from my ENT doctor.

The biopsy samples taken from my vocal chords have come back negative on any malignant or pre-malignant growth. It appears that the source of all my problems has been a cyst which has been present for quite some time and was surgically removed during the recent examination.

I have been given a clean bill of health and told to start vocal exercises in order to stretch the repairing tissue.
I can't explain how relieved I am.

My voice has dynamically changed since the growth was removed and was noticed on the phone by my doctor and commented on by Mo when she visited the studio yesterday.
Even the muscle movement involved in swallowing has eased and for the first time in a couple of years I don't feel as if I have a golf ball in my throat.

I have to admit that certain newspaper reports got me down when after gleaning all their quotes from my blog they then came up with the assumption that I was finished as a singer.
It appears they have most definitely got it wrong and one of my first calls was to Yatta to tell him to go ahead and book festivals for the Summer.

The other plans remain the same and I will be actively pursuing a revitalisation of my acting career and working on my novel as of the beginning of next year 2009.

I've already been approached to present and co-produce a series of programmes on '60s and '70s Scottish rock music by an independent film company; something that I find exciting and which will take me into an area I have wanted to investigate for quite some time.

It's most definitively going to be a busy year.

With the promise of festivals in the Summer there will obviously be a couple of warm up dates as I will have to put together a new set with hopefully my existing band line up. With this in mind I am going to look at the possibility of a convention in Haddington sometime next summer.
Yatta and I will need to put our heads together to work out the feasibility of it all as I don't want to commit to any touring outside of festivals and staggered dates are difficult to maintain a settled band line up as some musicians will have other commitments that I have to respect and adjust to.
I am confident I can make it happen and at least hit some stages in the middle of 2009.

I just want to wholeheartedly thank all of you who sent me emails and posted letters of support on the forum.
It meant a lot to me as it was a difficult head space to be in for quite some time. I sincerely appreciated your best wishes and genuine concern and it continued to remind me what a special group of people I have out there and who are brought together by the music.

All I can do is wish you all a very happy and brilliant new year when it comes in and I will raise a glass to you all when the bells call in 2009.

You are most definitely the Company I choose

Thanks for being out there for me! 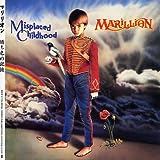 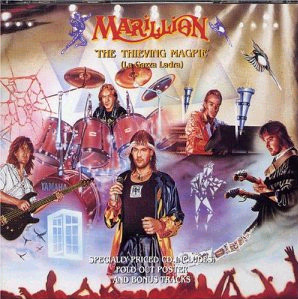