Michele Adamson is a writer, vocalist, DJ & producer. Brought up between the fast paced technology of Hong Kong and the mystical culture of England, she currently belts out trancefloor hits across the globe collaborating with psychotronic pioneers such as Hallucinogen, Infected Mushroom, GMS, Sub6, Astrix and more whilst making alternatives to psytrance with electronicas finest producers. Her eclectic solo album Fallen Angel was released in 2005 with global sell-out success.

Singing in a jazz band in Switzerland and several vocal groups before recording with Shpongle in 2001 cultivated her love of harmonies. She studied Performing Arts(BA) at University in London and went on to post-grad studies of Creative Writing at Sussex University in Brighton.

In 2004 Michele received a gold disc in Israel for her work on the album Converting Vegetarians with Infected. From her first gig with Shpongle for 8000 people at the base of Mount Fuji to a recent guest appearance in front of 25, 000 people in Brazil, Michele is constantly evolving her style and sound to reflect the party vibe.

Now working with GmS on live material, she is also making her second album and touring solo to countries in the Far and Middle East, Europe, the US, South America, Russia & Australia with Live psyvOcal trance and chill out shows. Living in Ibiza has its own influence and when she is not on tour Michele can occasionally be seen, blissful and balearic, spinning electro and progressive around the White Island. 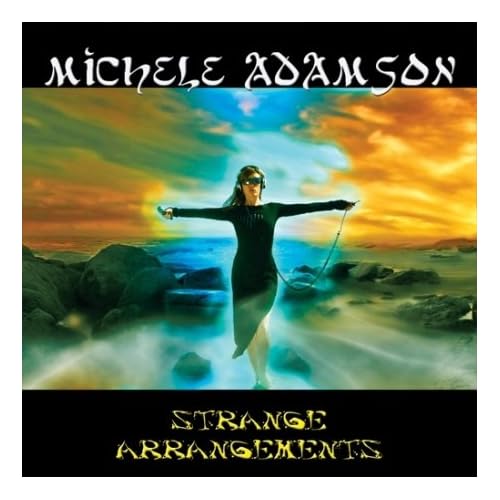